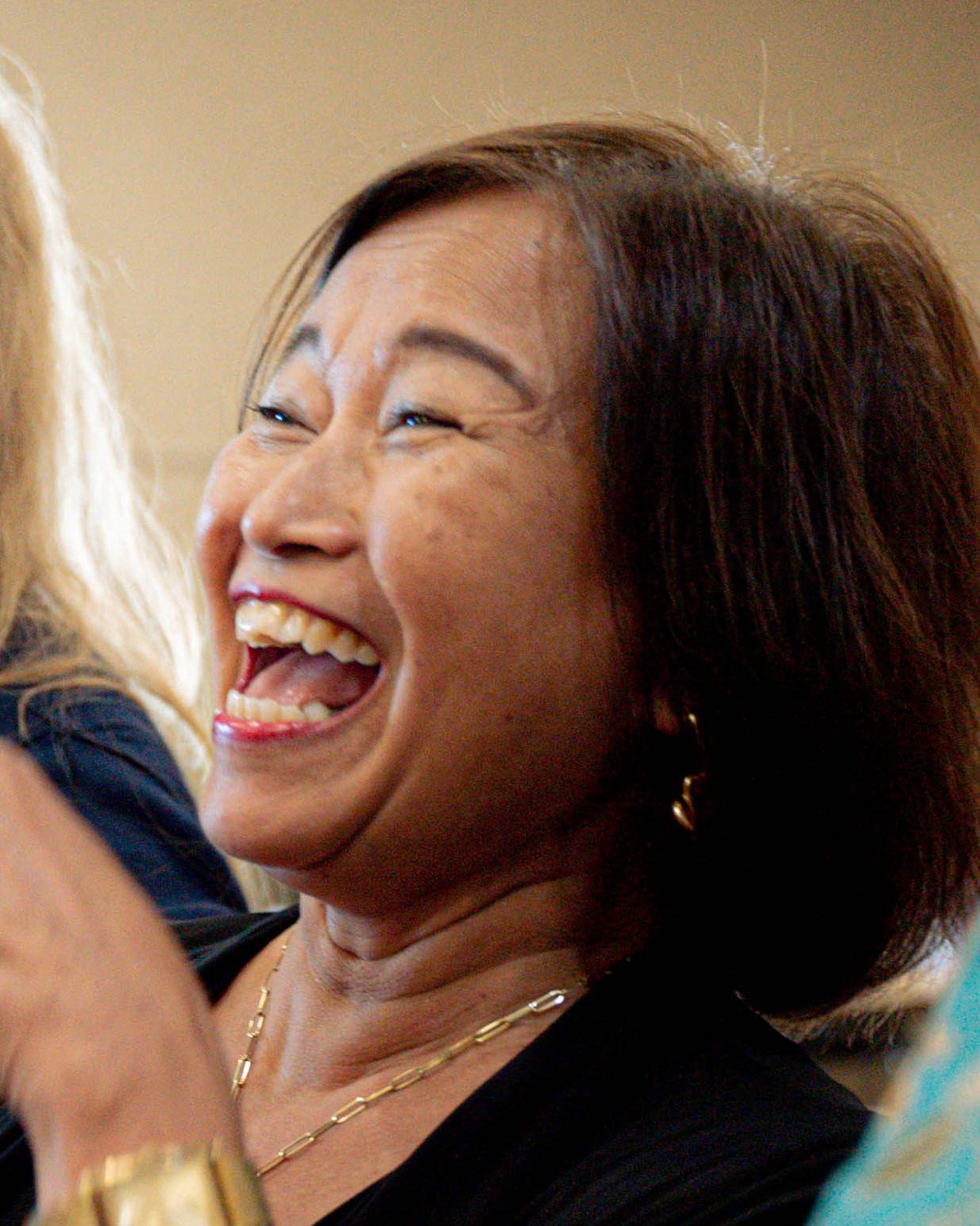 Alma Coon was born in the Philippines. She received a degree in Social Work from Ateneo de Davao University. In 1988 she immigrated to Iowa, but shortly after moved to Ramstein, Germany, where she lived for almost 5 years. When she moved back to Iowa, she got involved in community service in many capacities, including: four years as an elected City Council member in Carlisle, Iowa; president of the Filipino American Association of Iowa from 2005-2008 and 2011-2012; a board member of Monsoon United Asian Women of Iowa; a Commissioner with the Commission of Asian and Pacific Islander Affairs from 2008-2012; and an alumni of the FBI Citizens Academy, Des Moines chapter. She is currently a CultureALL Ambassador.

Known as the “Highway Queen” by her friends, she belongs to the Iowa Mustang Unstabled (IMU) club where she enjoys cruising with other Mustang enthusiasts. She now lives in Carlisle, Iowa, where she loves having friends over, cooking, dancing, and volunteering for Meals on Wheels.

Daily Life in the Philippines