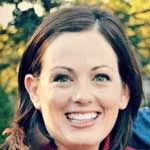 Kelly Koeppel Schulte has been Irish dancing for thirty years. She grew up in the suburbs of Chicago and studied Irish step dancing under the direction of Geraldine Foy, TCRG (a TCRG is someone who has passed the Irish Dancing Teacher’s examination). After dancing for thirteen years competitively, Ms. Schulte retired as a dancer and began to teach for the Foy School at various Chicago locations. In 2004, Ms. Schulte moved to Iowa, and the Foy School of Irish Dance expanded to Des Moines. Ms. Schulte is the Artistic Director and provides instruction in the art of step dance and enjoys creating choreography for audiences to enjoy. Geraldine Foy founded the original school in Chicago in 1974. Every year, Foy Dancers participate in competitions across the United States, Ireland, and Canada. Their Des Moines satellite location opened in the fall of 2004 and has grown to over sixty dancers.