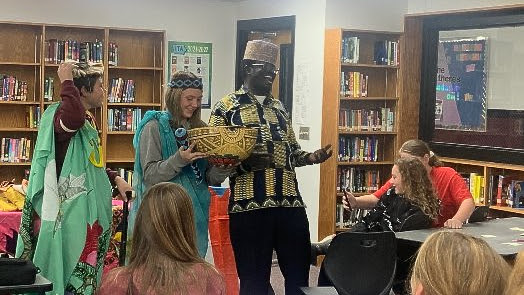 Students had no idea what to expect when Francis Chan of South Sudan entered their 7th grade English classroom at Melcher-Dallas.

“I was a little bit worried the students wouldn’t be open, comfortable and engaged. I was worried they wouldn’t relax enough to be themselves,” noted Linda Urbas, English Teacher at Melcher-Dallas.

When Francis arrived in a brightly patterned dashiki and kufi cap, the students were unsure of what to expect. But one by one, as he invited students to interact with him as if they were family - or in some cases, Sudanese royalty - students became eager to volunteer.

Soon, they began to crowd around the front of the classroom to look at the everyday items Francis brought with him from South Sudan. Students helped each other try on traditional Sudanese clothing and jewelry, showing off for their teacher and asking the significance of various items.

“I was a little bit worried the students wouldn’t be open, comfortable and engaged. I was worried they wouldn’t relax enough to be themselves.”
Linda Urbas, English Teacher at Melcher-Dallas

And once the questions began, they didn’t stop. Students had been reading "A Long Walk to Water" by Newbery Medalist Linda Sue Park, a book about children orphaned by the civil war in South Sudan. Now they were face to face with someone who had lived through it. They bounced in their seats with hands held high and eager to learn: “What sort of animals do you have in South Sudan?” “Do you have any tribal scars like they do in the book?” “Did you ever have to go without food or water?” “Did you lose anyone in the war?”

This was an exceptional experience, according to the students themselves. In a small town of 1200 people where 98% of the locals are white, "We don’t get to meet a lot of new people,” they said. 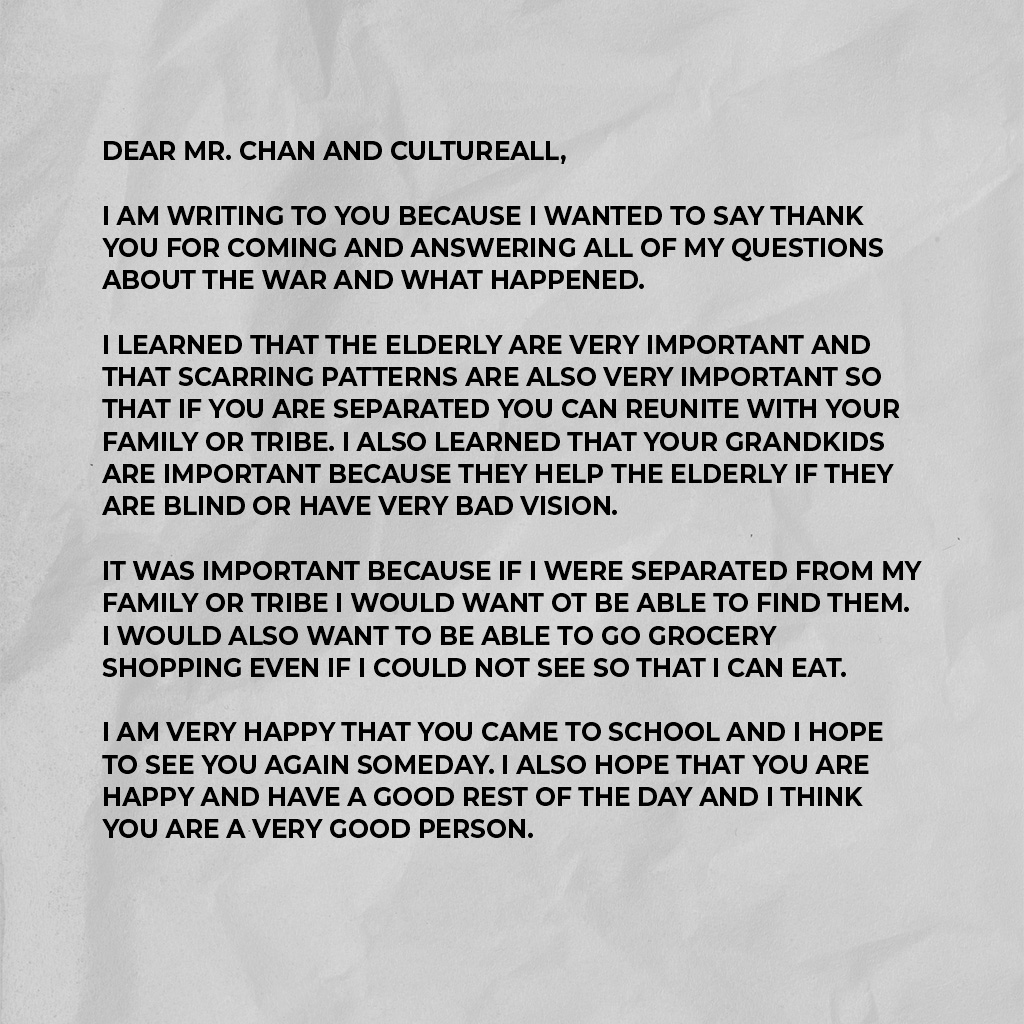 “School funding is always so difficult. My principal agreed the program was worthwhile, but I don’t know if it would have happened if we had to take money out of the general fund."
Linda Urbas, English Teacher

Children have a thirst for understanding.

Make a donation. Your gift will cover the portion of programs that schools aren't able to fund.