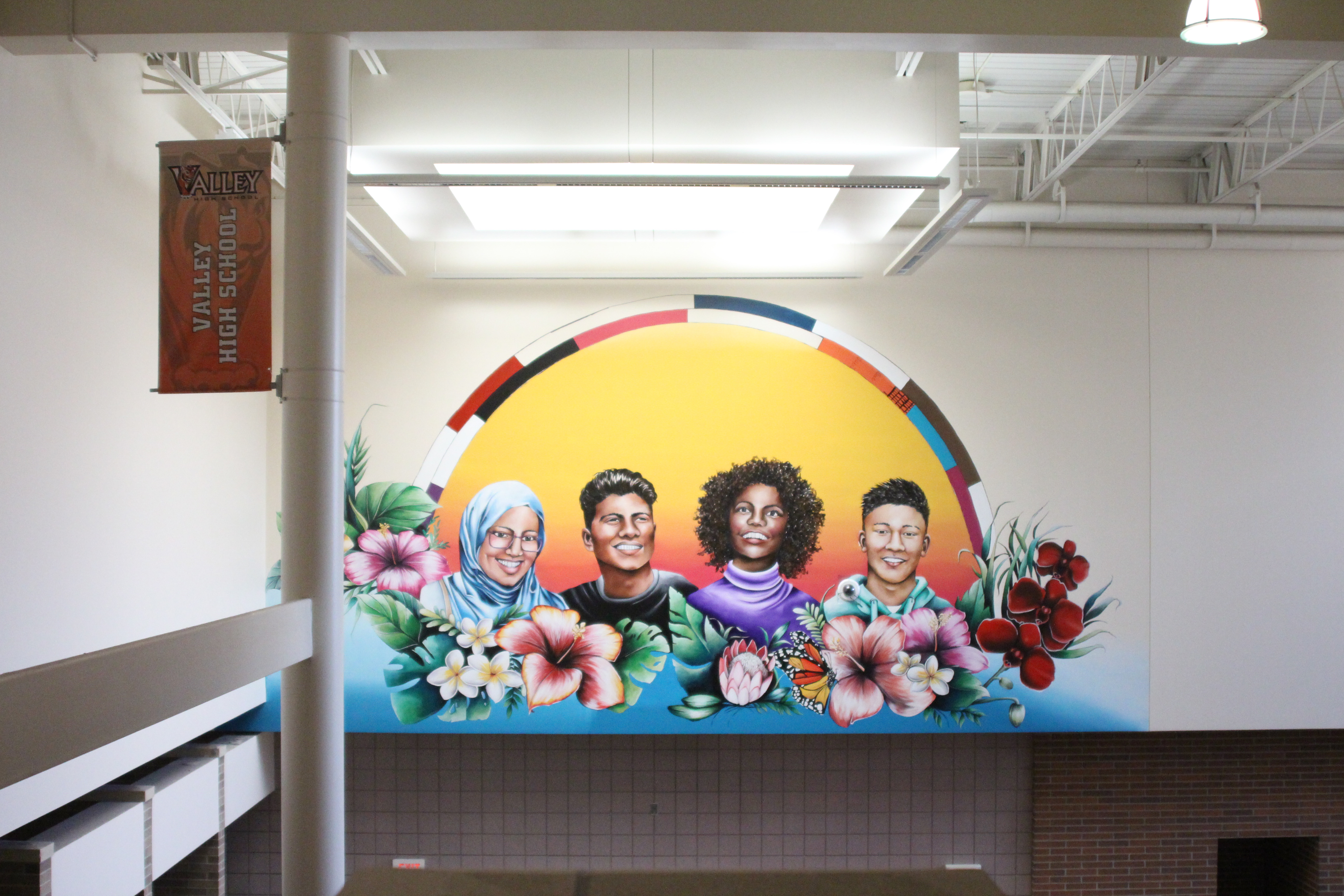 When Mayada Alwan from Sudan arrived in the US and began school as an ELL student, she knew her teachers were well-intentioned. There was simply no way they could understand the sort of issues facing English Language Learners. They couldn’t know what values and beliefs students from other cultures bring into a classroom. And they couldn’t fathom how “culture shock” could be so real.

Mayada felt like she was coasting. She seemed disconnected during her first two years of high school. “I had yet to find a community of people I clicked with,” she explained. Then she joined a new club at school: Refugee and Immigrant Student Embassy. RISE for short. That’s where she found her people and a space to express herself. That’s where her experiences became her strength.

Pugliese had worked in refugee and immigrant services before becoming the Intercultural Outreach Coordinator for West Des Moines Community Schools. She saw this disengagement as an opportunity to call out the strengths of these students.

“A lot of time, people have a mindset of: These poor people need our help; let’s do this for them,” said Pugliese. “And what we really need to do is recognize that, yes, a lot of traumatic things have happened to them, but we also need to realize that these students bring a lot of strength and experiences in our community. What do we need to do to equip them to be able to do for themselves?”

She began to think of a long-term plan to give ELL students a platform.

RISE students surprised Pugliese with the ideas they were planning and the initiative they were taking. “They are so hungry for this. They always come so prepared.”

Priorities during this first year included:

‍Mentoring -  Valley High RISE students became mentors to younger ELL students in the district. As a mentor, Mayada says she focuses on making sure that people feel seen and understood. “I remember feeling very isolated, so I try my best to make others feel the most comfortable they can be in this foreign place,” she said. “I want them to remember that support is here. We can go through this journey together.”

Career Exploration - Students invited CultureALL to arrange guest speakers to talk about life after school. Armel Traore dit Nignan immigrated from Burkina Faso (Africa) and now works at Principal Financial Group. He is also an elected member of the Waukee school board. Medisa Brkic from Bosnia came to the US as a refugee and attended Valley High School. Today she works at F&G and volunteers with Capital City Pride and the Red Cross. Both Medisa and Armel are board members of CultureALL.

Multicultural Mural - RISE wanted to show newer immigrant and refugee students that Valley High isn’t just a school they attend, but a school where they belong. They began interviewing mural artists, asking, “How can we ensure you stay true to our vision?” and “Are you willing to take our feedback?”

RISE students placed their trust in Jill Wells, a local BIPOC artist, to help create their mural. Together, they participated in every detail of the design, selecting which faces and fabric patterns they wanted to represent, and which butterfly and flowers. When Wells started painting, the students were beside her, mixing colors.

They completed the mural in time to greet a new year of Valley students.“They did it in less than a year of being created,” said Pugliese. RISE met for the first time in January. “Imagine what they could do during a full school year!”

Life after - and because of - RISE

A majority of the founding members of RISE will graduate this year. Mayada has brilliant prospects. She was recently recognized by the West Des Moines Chamber of Commerce and awarded  DEI Student of the Year. One day, she dreams of returning to Sudan to help with rebuilding infrastructure, accessible education, and war relief. For now, she plans to make much of her last year at Valley High School. Her desire is to build RISE as an enduring program so other refugee and immigrant students find their people, discover their own strengths, and create a space to express themselves.

Tips for RISE in your school district

If you want to start a RISE-type program at your school, consider the following:

○ Give them space to be fully present and listen to their ideas.

○ Invite the expertise of specialists in your district who know the students. Pugliese worked with Eddy Cisneros, a Spanish Family Engagement Specialist in the West Des Moines Community Schools.

○ Identify obstacles that would prevent students from participating. Pugliese and Cisneros knew they needed to meet during the school day so that transportation wouldn’t be an issue.

○ Know your role. You are there to support the students and to advocate for their plans.

○ Identify student leaders. Pugliese and Cisneros worked with teachers who nominated student leaders, and in January 2022, RISE met for the first time. 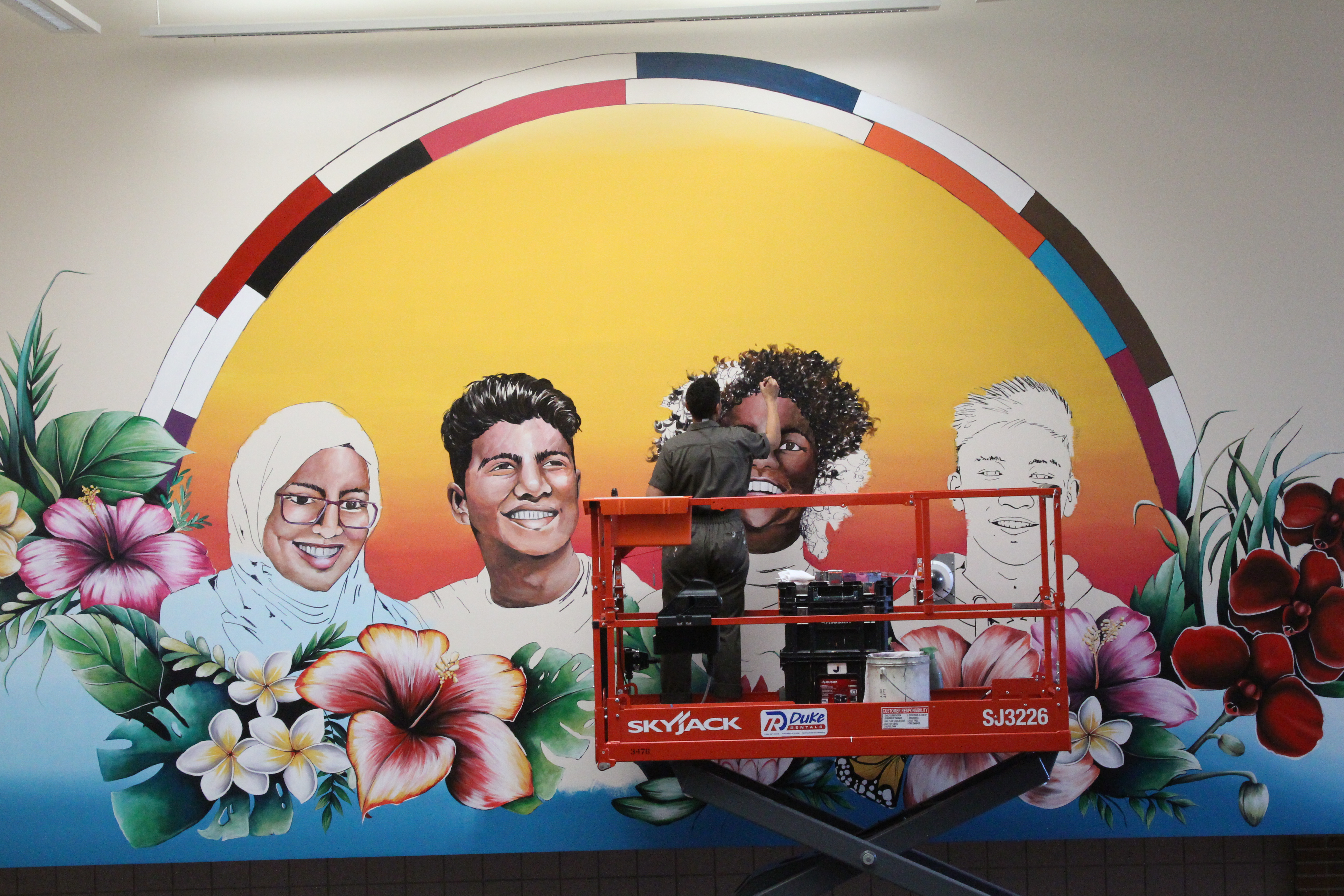 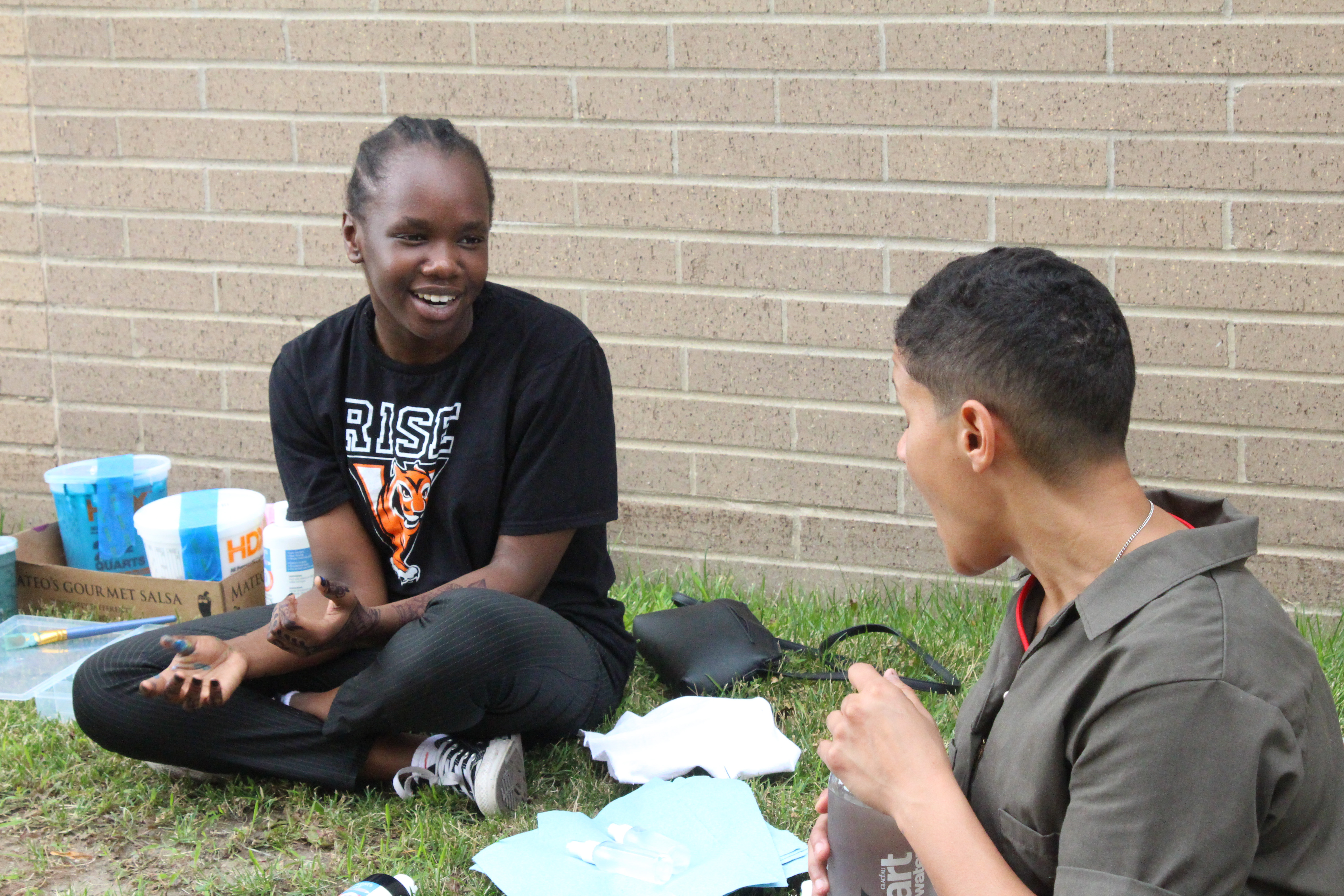 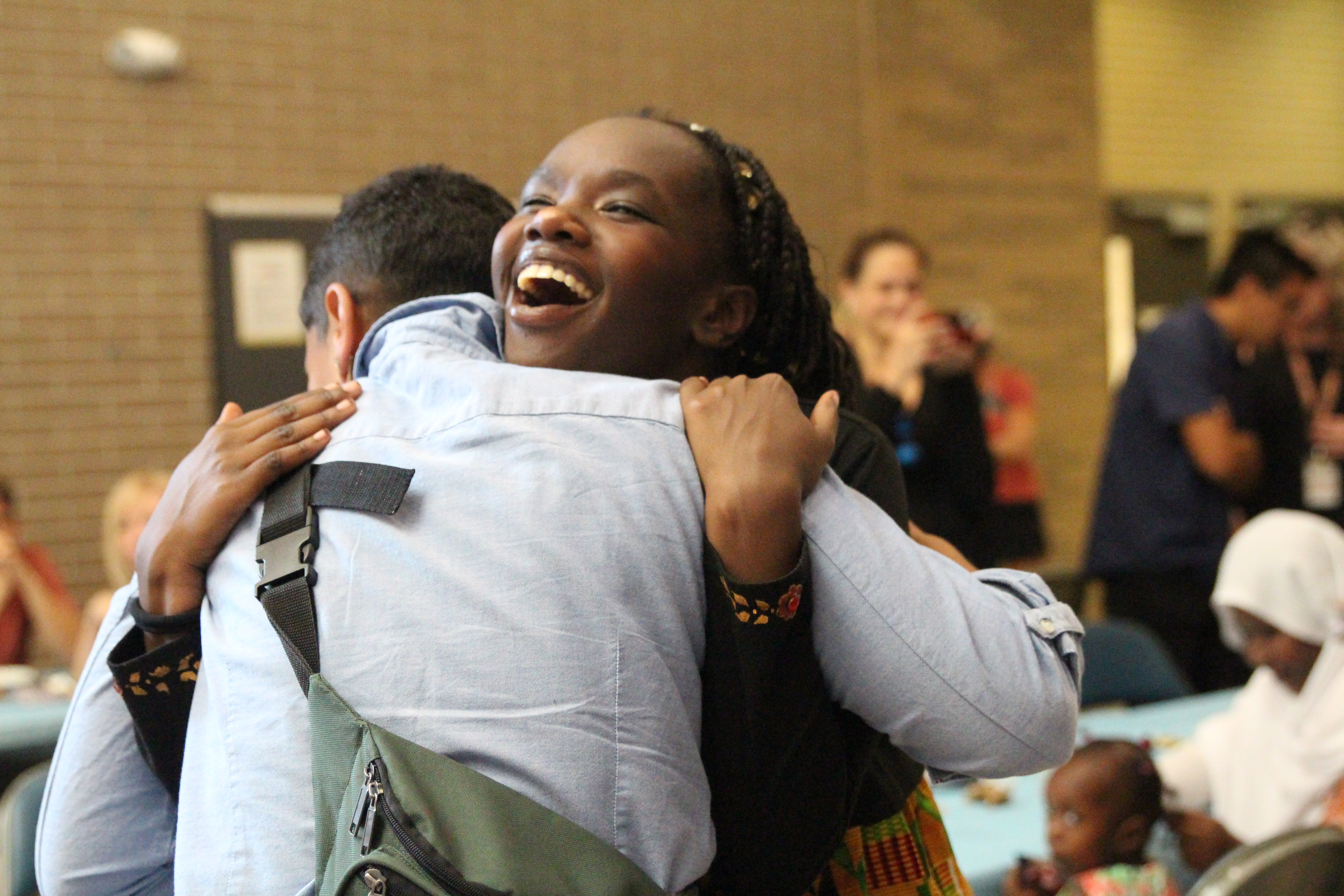 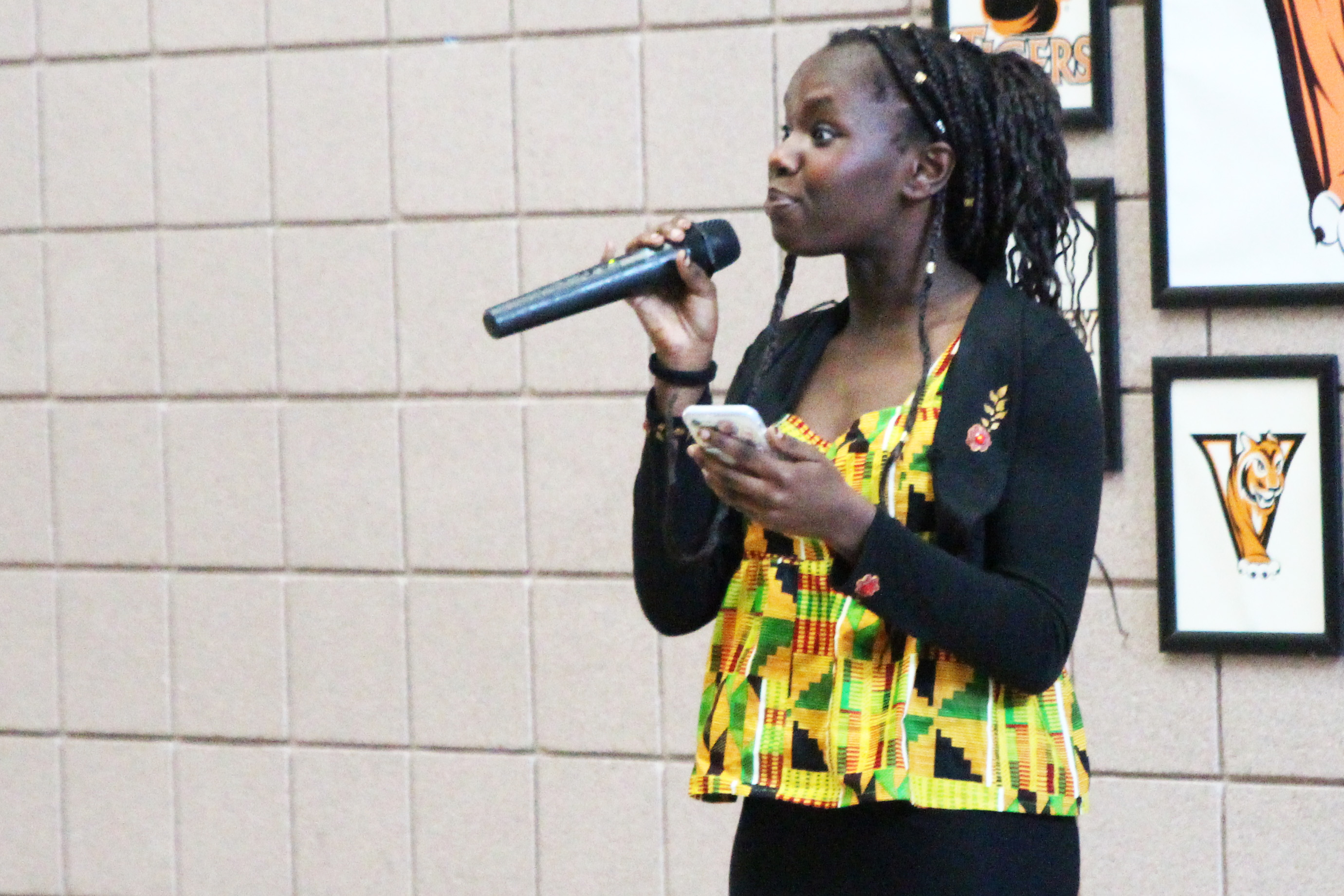