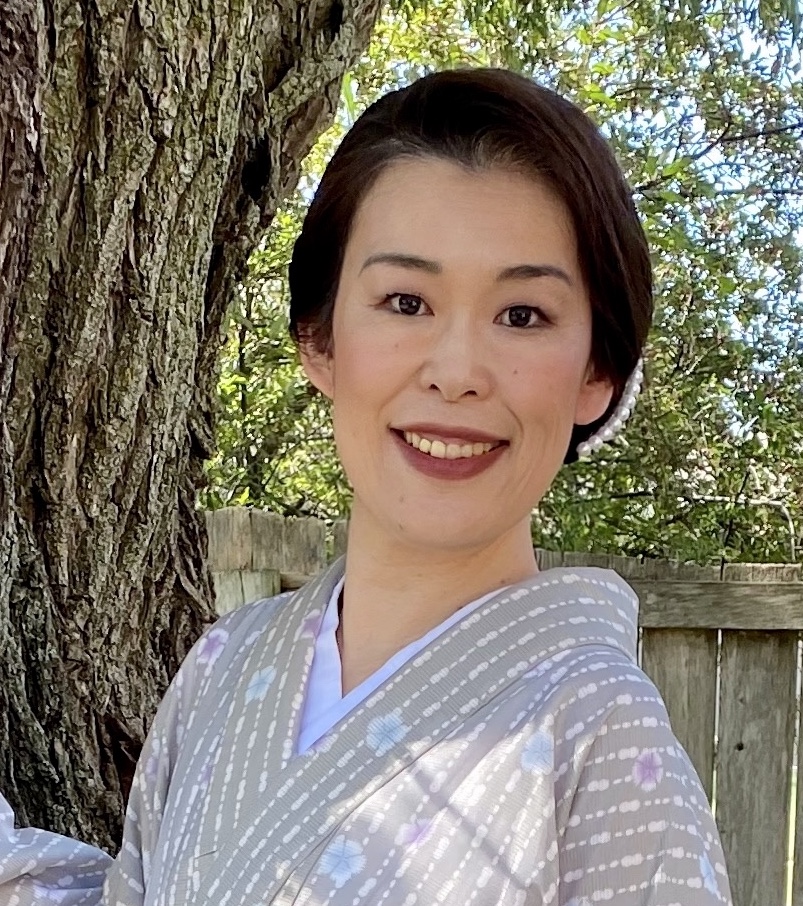 Miki Takayama was born and raised in Sendai, Japan. She learned how to dress in traditional Kimono clothing from Doreme College of Fashion and Art in Japan. Along with other classes, she learned how to prepare tea ceremonies, play the Koto (the Japanese Harp), and to create proper Japanese flower arrangements. After moving to the United States in 1999, Miki lived in California, Washington, and Iowa. She now resides in Waukee with her husband, Mike, and their two children, Andrew and Victoria. Miki has been a member of the Japan America Society of Iowa (JASI) since 2011 and is pleased to share her Japanese culture with the communities in Iowa.