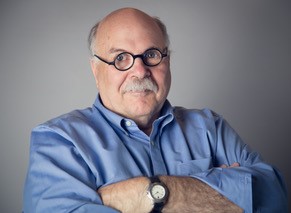 Born and raised in an Orthodox Jewish community in Rochester, New York, Abe moved to Des Moines in 1969 to pursue an education and career in advertising. During college at Drake University and for several years later, he had very little to do with Des Moines’ Jewish community or the religious customs of his youth. It wasn’t until he started to perform Yiddish (Eastern European Jewish) music on his accordion that he reconnected with his heritage. Now in retirement, Mr. Goldstien is the leader of the Java Jews, Iowa’s only klezmer music band and talks to children and adults about keeping alive their unique family customs and traditions, no matter how strange they may seem.

Avram and His Accordion